A Story on Climate change 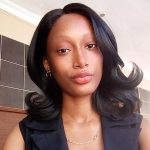 What is climate change anyway?

It is the long term change in weather patterns and temperature. The changes can be natural or manmade. This term is often thrown around but it is important to the future of humanity and creatures of the earth.

Why should I care about climate change?

Droughts, floods, earthquakes, heat waves only to name a few are the results of climate change.

An estimated 12.6 million deaths each year are a result of an unhealthy environment. Out of the 12.6 million, scientists discovered that 5 million died due to extreme temperatures. Have you noticed the increase of natural disasters these past few years? All over the news people from different parts of the world are affected by forces of nature. Zimbabwe has been hard hit with increased heat waves, change in rainfall patterns and cyclones which destroy homes. In addition, the cyclone Idai which struck Zimbabwe took at least 340 lives, left 17 608 households homeless and some people missing.

Are you a lover of rainbows, sunsets, fresh air, being in nature, animals and breath-taking landscapes? Then you should care about this because it can be slowly taken away from us.

Causes and effects of climate change.

The largest contributor to climate change is fossil fuels. These include coal, oil and gas.

Greenhouse gas emissions also trap the sun’s heat therefore leading to global warming. So in a summary some of the causes are:

According to Zimbabwe Power Company Lake Kariba’s water level has decreased by 30% due to change in weather patterns. Additionally, it has been recorded that Zimbabwe is already experiencing the effects of climate change, notably rainfall variability and extreme events. Zimbabwe relies heavily on rainfall for farming and when droughts and flooding occur this in turn affects our yields. Therefore, increasing poverty and shortages in the nation.

What can I do to help?

Even though the effects are now manifesting, you can be of help in reducing the carbon footprint and climate change.

Recycling more, planting a tree, use less hot water, turning devices off when not in use, use renewable energy such as solar, use water wisely and reduce littering.

God created this beautiful earth which has sheltered many generations and I would like to preserve this beauty, the question is would you?