A little story about the Sun and the Skin 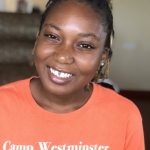 Hey there, how are you doing? Most probably cold I suppose because winter is here already.  It’s getting chilly out there and the urge to just bask oneself in an oasis of sunlight in between lectures, or during tea breaks at work is growing tremendously. No matter how cosied up one is they are always going to want a ray of sunshine this time around and that’s alright. However, did you know that the glorious sunshine could have adverse effects on the skin if it is exposed to the sun for a long time? Don’t panic, just listen attentively as I tell you a little story about the sun and the skin.

The sun emits ultraviolet light, more commonly known just as UV light, which is part of an electromagnetic  spectrum. So from physics, one would know that each wave on the spectrum has a characteristic wave length, energy and frequency. Also probably the most relevant point to this story to take a note of is that the shorter the wave length, the higher the energy that wave carries.

UV light can be subdivided into three categories according to their wavelengths; UV-A, UV-B and UV-C. UV-A has the longest wavelength among the three and hence carries the least amount of energy, the opposite is true for UV-C while UV-B lies in between the two. It has been discovered that the shorter the wavelength the more damaging the wave is to the skin. So because the wavelength of UV-A is long, it doesn’t cause much harm to the skin tissue, whereas UV-B on the other side is largely responsible for sunburns and also associated with some types of skin cancer. UV-C is completely screened out by the stratospheric ozone which is basically a layer in between the earth and the sun that protects us from these harmful waves among other things.  However, the ongoing depletion of the ozone layer due to global warming is leaving us unprotected hence the need to be more cautious about the amount of sun we expose our skin to. 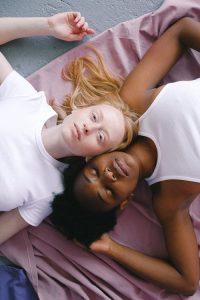 In addition to the stratospheric ozone that shields us from the harmful UV-light, the melanin in black people’s skin also acts a barrier between the skin and the UV-light. This means that Caucasians and albinos are at a greater risk of being affected by UV-B and UV-C since they don’t have much melanin in their skin. However, it should be duly noted that it doesn’t mean that the dark or black people are completely immune. The least amount of time one exposes their skin to the sun the better, regardless of their race.

Despite the potential harm that the sun has on our skin, it’s not all that bad in the right amounts. Actually, a little bit of sun is good for the skin as it is responsible for converting the adipose tissue in the skin to vitamin D (something I crammed during my biology days in high school). So in a nutshell, a little bit of sunshine, yes! Binge sun basking, no! Don’t let the piercing winter cold make you do otherwise, put on an extra jacket instead. So there goes a little story about the sun and the skin. Love your skin and stay out of the sun this winter!