Why I love Science 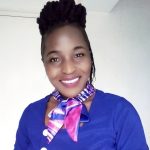 I have always been one to fall in love with different and challenging things. We had lawyers, teachers, farmers and bankers in our family and science was the only field that had not really been explored so I chose to walk that journey. I chose to be the first scientist in my family. I remember admiring doctors in their white coats every time I took a trip to the hospital with my mother as a young girl. Everything about the profession seemed to draw me in that direction. However, as I grew older and learnt more about what happens in surgeries, doctors’ rooms and clinics, I began to divert to the other side of science that did not deal with humans directly. I began to appreciate the different aspects and faces of science. I fell in love with the science of chemicals, living and non-living reactions. That’s how I ended up in the laboratory. The idea of continuous and unexpected discoveries everyday was enough drive for me as I began my career. I mean even a mistake can lead to an awesome discovery!

Gender discrimination has always been common in science subjects. Only a few girls chose science subjects back then and sometimes that made the journey a difficult one. I remember being in a Mathematics class were we girls, as the minority, were always reminded that we didn’t belong in that league but in a History or Literature class instead. That made us feel inferior to some extent but I guess it also challenged us to work twice as hard. Even at college, the scenario remained the same. Very few girls opted for applied chemical technology or applied biotechnology.

I began working in a pharmaceutical company that manufactured different medications and the majority of workers there were men.  Some were very helpful however, some did not appreciate a young woman doing their work in process checks or passing or failing their product. I always had to prove my capabilities beyond reasonable doubt. Being in such a male dominated environment meant one was often viewed from a sexual perspective rather than a professional eye. Your professional prowess has to be above excellence and uncompromising for you to earn much respect from your colleagues, both male and female.  As a woman, being viewed mostly as an object of sexual intrigue in the workplace can break you.

Fortunately, as the years have gone by mentalities have started to change and an accommodating environment has been created for female science enthusiasts. It has been a gradual change but the opportunities that have been availed for women in science and the platforms to propel them forward have been outstanding and numerous. I’m happy that over the years, numbers of female science students have increased from high school right up to tertiary level, showing indeed the positive change in mentality of women as they choose to challenge ‘male-dominated fields. The other good side of this coin shows that men are also embracing the emergence of great women scientists and willing to support them from the learning process at school going age to the work arena.

I think we are now at a stage where one’s net worth and value in the workplace is not determined by gender but by their different attributes, skills and professional input. As the world is changing and the science field is being leveled for “fair play” to both sexes, it has made it easier to explore and manoeuvre to different areas. I am currently shifting to public health from the laboratory and this has been made easier by the vast learning platforms available now with flexible schedules (thank God for technology). Public health is very intriguing to me because it looks at every possible effect that the environment, nutrition, occupations and even lifestyles have on the human body. It is also a field that still has a lot of unanswered questions, unsolved mysteries and a lot of pending issues concerning the human body and environment. There is room for research and development.

Science is an ever growing and evolving field filled with limitless job opportunities. One can choose to be either an employer or an employee because it offers a lot of opportunities for inventing new equipment, improving on current technologies and systems and formulating new products for home and industrial use. It is the knowledge in science that has enabled people to make their own sanitisers, soaps, hair care products and even formulations from natural herbs for certain ailments. I believe science is the backbone of all forms of human life and harmonises every aspect of human existence and the environment.